The Teesside mockumentary which is celebrating ‘Humans of Middlesbrough’

You may have heard of popular photoblog Humans of New York .

Well it has inspired a hilarious mockumentary set in Middlesbrough .

Teesside writer and director James Harris, 48, from Linthorpe , was intrigued by the personal stories of triumph and tragedy captured on the streets of New York and thought it would make a good format for some Boro-based comedy.

END_OF_DOCUMENT_TOKEN_TO_BE_REPLACED

Huge thanks to Tees Valley Screen, Northern Film + Media and the BFI Network for funding this stupid film about Middlesbrough I wrote and directed. Here’s what filming it looked like. Pics by Jay Moussa-Mann. 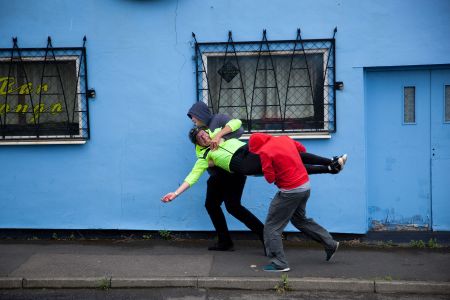 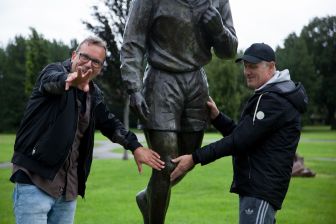 As it’s moon week (apparently), we should all remember the first UK moon mission, via the medium of this short film I made earlier (feels like yesterday. Wasn’t.). It’s a dramatisation of real events, like First Man or Hidden Figures, only shorter and with less historical liberties.

Written by me (and what a lengthy script it was) and directed by Laura Degnan, this is one of a series of “Little Shockers” – bite-sized horror films with a tickle at the end. Like Tales of the Unexpected, if you’re not expecting a daft punchline at the end of the tale.

We’ve entered it into the Four4 Short Horror Film Competition, for 16 second horror films made up of four four-second shots. I’ll be shocked if we win, which’ll be in keeping with the theme of the thing.

Expect more Little Shockers soon. Or rather, don’t expect them, then it’ll be spookier when they turn up.

Ha hey! Me and mi Heavy Petting campadres made this for Hat Trick/Bad Teeth’s Short and Funnies prize, and we’ve been short-listed. This is in no way based on a true story, by the way, and don’t even ask what a reverse bent spoon entails.

A short film, based on a true story (I used to have cats).

Here’s the film we made for the National Film Challenge 2011. It was written and made in 48 hours. It’s quite funny. We got in the top 11 out of, ooh, millions of entries probably. Maybe hundreds. Anyway, we did quite well. See what you think.

We won best use of genre – mockumentary. Not even best use of bubbles, or most realistic weeing on the floor scene. Travesty? You decide.

Aw. I miss Bill too.

A couple of months ago we made a short film for the National Film Challenge 2011. We had three days to write and make a short film. The pic above shows us working out the story. Note step 1: “does something funny”. We are good at comedy.

The film was written and performed by me and mi Heavy Petting compadres, it was shot by the amazingly talented Jay Moussa, and John Noble built us a house of cards, an electrified collar and a hospital maternity unit in the corner of our office.

Anyway, 155 teams worldwide took part, 125 got completed films in, and now the best 15 have been shortlisted, and we’re in! We’re the only UK team to make it, so we’re pretty chuffed.

You can see (and, you know, maybe vote for?) the film here:

I haven’t voted yet, so I totally understand if you can’t be arsed either, but if you do watch it, let me know what you think.

And in case you’re wondering, we got given the genre “mockumentary” (I know! But what can you do?) and the film had to include a glass of wine, a marathon runner called Francis Tucker and the line “Let’s pretend this never happened”.

Here’s an nice picture of us filming a scene.

This very short film I made a very long time ago is showing on BBC Big Screens in town centres up and down the country this December. It is Christmassy and sweet and I still have the ukulele.

The animated bit was by the immensely talented Chris Corner. Check out his Donkey the Whale for some delightful oddness.