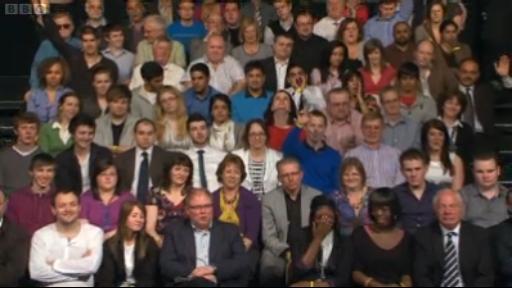 Liam Fox, Secretary of State for International Trade, was said to be in a state of shock on Thursday night after he paused for an applause break during the BBC’s Question Time and was instead met by stony silence.

An audience member described the harrowing scene, saying, “He made a comment about the previous Labour government that he thought would please the audience, something like “I know you are but what am I?” – I mean, not that but that was the gist of it – and then he just sort of raised his eyebrows at the audience as if to say – go on then, give us a clap.

“But the audience just sat there looking at him. And then he tried to smile. It was horrible, like a shark with wind.”

Another witness said, “He gazed into the audience like a hopeful puppy staring at a crisp. You know, if the puppy was evil and the crisp was some money in a disabled woman’s pocket. The audience stared back in silence as the long seconds ticked by. A single, throaty cough broke the silence at the 20 second mark but by then it was too late. He looked at us, and we looked at him. We were locked in a weird kind of loop. We were stuck.”

After three hours of excruciatingly awkward silence the emergency services were called, and Mr Fox was winched out of the building, after which the audience could finally relax.

A BBC spokesman assured viewers that David Dimbleby was unaffected by the ordeal, as “He really doesn’t have a clue what the hell’s going on these days.

“As long as he’s warm and there’s a bottle of Chivas Regal nearby, he’s golden.” he said.