Here’s the film we made for the National Film Challenge 2011. It was written and made in 48 hours. It’s quite funny. We got in the top 11 out of, ooh, millions of entries probably. Maybe hundreds. Anyway, we did quite well. See what you think.

We won best use of genre – mockumentary. Not even best use of bubbles, or most realistic weeing on the floor scene. Travesty? You decide. 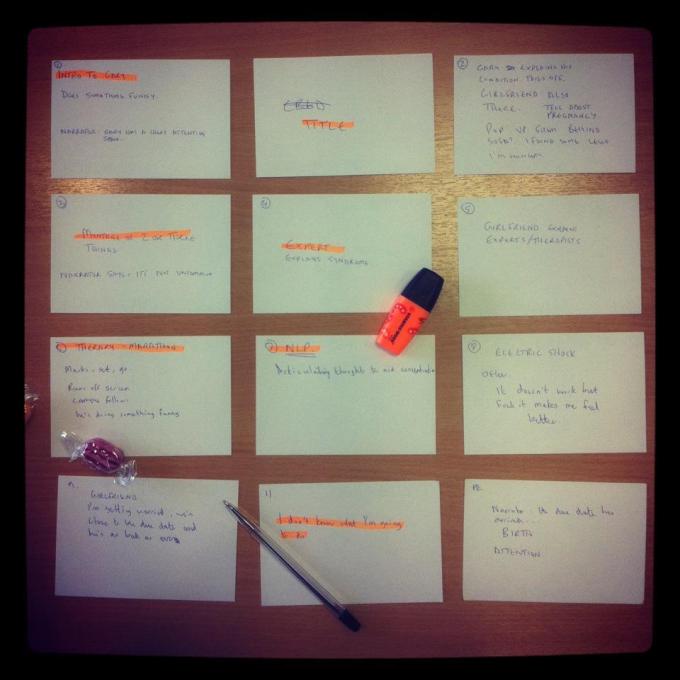 A couple of months ago we made a short film for the National Film Challenge 2011. We had three days to write and make a short film. The pic above shows us working out the story. Note step 1: “does something funny”. We are good at comedy.

The film was written and performed by me and mi Heavy Petting compadres, it was shot by the amazingly talented Jay Moussa, and John Noble built us a house of cards, an electrified collar and a hospital maternity unit in the corner of our office.

Anyway, 155 teams worldwide took part, 125 got completed films in, and now the best 15 have been shortlisted, and we’re in! We’re the only UK team to make it, so we’re pretty chuffed.

You can see (and, you know, maybe vote for?) the film here:

I haven’t voted yet, so I totally understand if you can’t be arsed either, but if you do watch it, let me know what you think.

And in case you’re wondering, we got given the genre “mockumentary” (I know! But what can you do?) and the film had to include a glass of wine, a marathon runner called Francis Tucker and the line “Let’s pretend this never happened”.

Here’s an nice picture of us filming a scene. 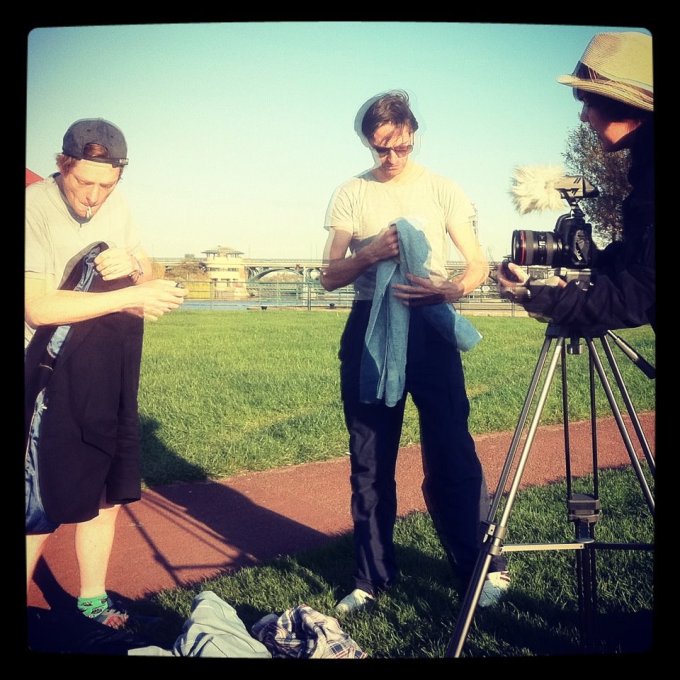