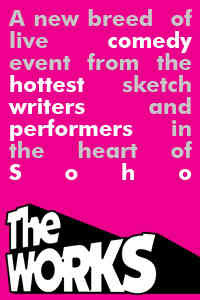 So there’s this new live sketch show in London on July 10th.

Performed in the heart of Soho The Works is a gang sketch show in the style of Saturday Night Live, and an unmissable night out!

“A new generation of sketch” The Independent

I think they’re using one of my sketches, Why I Hate Mechanics. They had me rewrite it, and split it into two parts. I hope they don’t drop it, cos I’d really like to see how someone else performs it (me and Mr George did it live in Edinburgh).  Might even be worth a trip to the smoke. 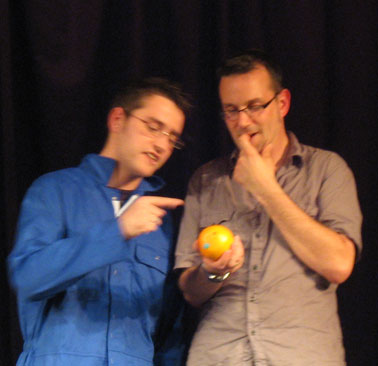 (Me and George doing it in Edinburgh.)

It’d be cool to see all the other sketches too.  But, y’know, mostly mine, obviously.

The original call for sketches came via their Facebook Group, so if you want to get involved with the next show that would be an excellent place to start.