Hoorah! I have got two jokes in the next series of Shooting Stars, airing in the Autumn. I hope they are good jokes. I imagine it will go something like this: 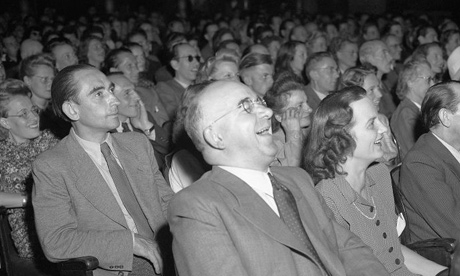 The man on the left doesn’t really get it, but that’s ok, my jokes are not for everyone. He probably has a lot on his mind anyway. And if he doesn’t like the first of my jokes, he’s really going to hate the second one, I expect. But I’m not going to worry too much about him, because the man in front of him is going to lose his shit completely when he hears my second great joke, especially if it’s the one about trains.

Anyway, if you hear a joke on the next series of Shooting Stars which makes you lose your shit completely, it might well be mine. In fact, let’s assume it is and say no more about it.